A new low: TSA steals from Army officer on leave 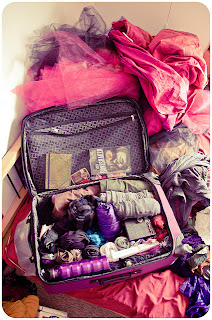 As someone who has been observing and writing about the TSA for a few years now, I often hear from members of the traveling public about their experiences with the agency. Their inevitably negative experiences, I should say, since I have not yet received a single e-mail, Facebook message, or Tweet in support of the TSA's violative naked-scans, intrusive body-gropings, unconscionable humiliation of disabled and elderly passengers and cancer-survivors, and terrifying behavior toward children. Not one. The stories always contain varying combinations of sadness, disgust, and fury.

A few weeks ago, I had a conversation with a member of the military, an officer and mother, who'd responded to one of my numerous Tweets publicizing our blog posts at TSA News. For obvious reasons, I'll keep her identity and exact words private, but I'd like to share with you the substance of her message to me, because it illustrates how truly reprehensible the TSA's behavior is.

My correspondent was in the States on leave from Afghanistan, and while here, she'd flown from her hometown to a larger US city in order to visit family and go shopping with her mother. When she returned home and began to unpack, she discovered her checked bag had been searched by the TSA. The standard slip of paper informing her of this was there. What wasn't there, however, were the outfits she'd just bought for her little daughter.  Also missing: the pretty new bras she'd treated herself to on her shopping trip.

We know for a fact that the TSA is an agency beset with criminals. And yes, there have indeed been countless, documented incidents of theft--from passengers' checked bags and carryons alike--of items with considerably greater monetary value than little girls' clothing and women's lingerie.  People have had camera equipment, computers and iPads, wallets full of cash and travelers' cheques, and more stolen from them by the faux-law-enforcement officers in blue to whom Americans are expected to entrust their belongings, no questions asked, don't bother filing a complaint when said belongings "disappear".

But to my mind, there is something uniquely appalling and unforgivable about stealing the very personal belongings of a military mother and her daughter.  "They ruined the only bit of cheer I'd had in months," she said.

For shame, TSA.  For shame.

Also at TSA News.
Deborah Newell at 11:05 AM
Share